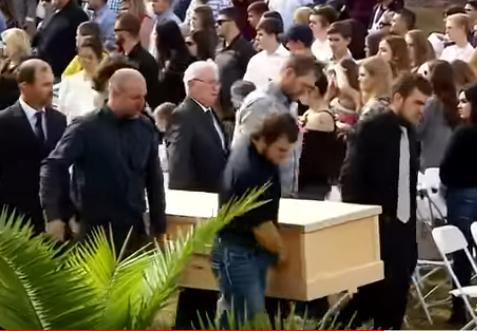 Fidel Alejandro Villegas was arrested for his alleged ties to La Linea, part of the Juárez drug cartel that is believed to have ambushed the nine relatives last month. Authorities believe that the Mormons got caught between the warring Juárez and Sinaloa drug cartels. Mexican law enforcement has long been criticized for being on the payroll of the drug cartels.

The Mexican government estimates more than 250,000 people have been slain in cartel-related violence since 2006. The homicide rate has climbed to historical levels under President Andrés Manuel López Obrador, with well over 29,000 homicides in 2019 so far.

In a shocking development in the hunt to locate those responsible for the massacre of nine U.S. citizens at the hands of suspected cartel gunmen, authorities arrested a Mexican police chief.

Federal authorities arrested Fidel Alejandro Villegas, the police chief of Janos, a small town in the state of Chihuahua, earlier this week, Mexico's Public Security Ministry announced Friday. Villegas is suspected of not only being involved in local organized crime, but of also having a hand in the killings that took place in November.