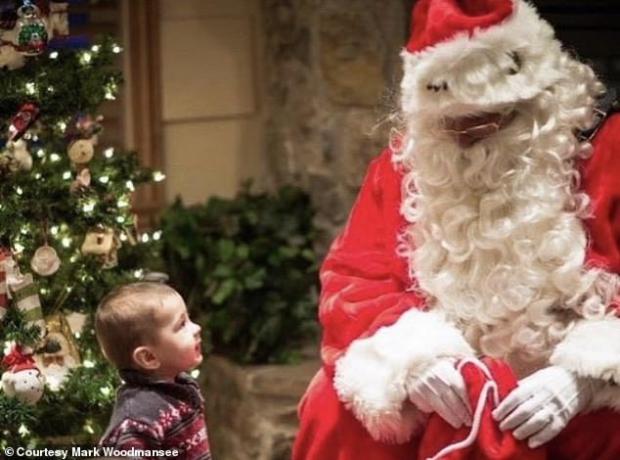 Children's eyes twinkle as they impatiently wait their turn to climb onto Santa's lap and tell him a precious secret: what they'd like for Christmas.

But, for more than a decade, all one Utah Santa Claus was keeping a secret of his own.

'Every kid wanted the same thing, and that was a mumble,' Mark Woodmansee, 57, told DailyMail.com.

Woodmansee has been playing Santa for 40 years (since he was just 16), but some 18 years ago, his hearing started to disappear.

He tried reading lips, hearing aids, and the standard smile-and-nod, but nothing made children's wishes or his family's words any clearer.

Finally, in 2016, Woodmansee got a cochlear implant surgically placed - and a moving video captured the first time the the device was switched in and Woodmansee heard all he'd been missing for so many years.