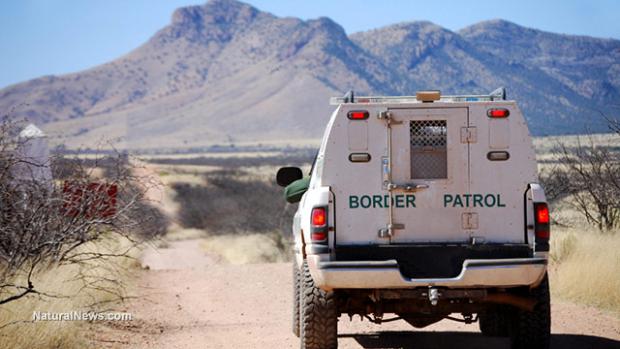 (Natural News) A 35-year-old Massachusetts man who, based on his picture, appears to be a little light in the loafers has been acquitted by a jury after offering a $500 bounty on Twitter to anyone willing to murder an Immigration and Customs Enforcement (ICE) agent.

Brandon Ziobrowski of Cambridge had reportedly posted an announcement on his social media account encouraging his followers to take the life of an ICE agent in exchange for cash – a clear and present threat that a local jury ultimately determined to be "protected speech" under the First Amendment.

Even as social media companies like Facebook aggressively de-platform users for posting truthful information about vaccines that goes against the official government narrative, Ziobrowski was given a free pass to continue running his mouth online – could it be because he's a member of a protected societal class?

We won't speculate any further on that angle, but one thing is for sure: Ziobrowski obviously hates federal law enforcement officials who are tasked with addressing illegal immigration. As a typical American liberal, Ziobrowski presumably believes that "no human is illegal" – except for humans who work at ICE, however, whom he believes should be extinguished.

"It seemed like the right verdict," Ziobrowski is quoted as saying as he walked out of the court room completely vindicated for making these online threats. "It's been a horrible year. I'm glad it's over."

Had Ziobrowski been convicted of using interstate and foreign commerce to transmit a threat, he could have ended up in prison for up to five years, as well as forced to pay a $250,000 fine. But because it's now "politically correct" to wish for the death of ICE agents, Ziobrowski was set free.

"We respect the jury's verdict. But in this case, the defendant posted a tweet that, on its face, offered $500 to anyone who killed a federal agent," stated U.S. Attorney Andrew Lelling in a follow-up statement to the decision.

Keep in mind that Ziobrowski's offending tweet wasn't an isolated incident. The guy has reportedly tweeted and shared all sorts of offensive content on social media that, were Ziobrowski a conservative, would have at the very least warranted him being shadow-banned or removed from social media entirely, if not prosecuted and actually sent to prison for "hate speech."

We don't know about you, but we think offering money in exchange for murder is about as hateful as it gets. And yet it's not the right kind of hate as to warrant the same type of punishment that 30-year-old Adolfo Martinez from Ames, Iowa, received after he was convicted of – gasp! – stealing an LGBTQ "rainbow" flag from a local "church" and burning it.

Martinez received a whopping 16 years in prison for this "hate crime," even though nobody and nothing was harmed besides the cheap made-in-China piece of cloth. Meanwhile, Ziobrowski offers to pay off a bounty hunter, essentially, and is let off the hook completely because the leftist jury in his case apparently loves homosexuals and hates ICE – meaning Ziobrowski's hate is the "acceptable" kind.