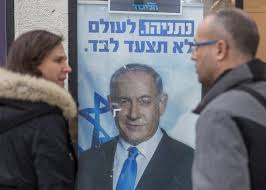 The strong showing by Israel's longest-serving leader could give him another opportunity to form a government following the March election, after falling short in two previous attempts this year. By easily fending off Likud lawmaker Gideon Saar, Netanyahu also kept alive his hopes of winning immunity from prosecution after being indicted last month on a series of corruption charges.

"Thanks to the members of Likud for the trust, support and love," he added. "God willing, I will lead Likud to a big victory in the coming elections."

In a tweet, Saar congratulated Netanyahu and said he would support the prime minister in the national election. "I am absolutely comfortable with my decision to run," he added. "Whoever isn't ready to take a risk for the path he believes in will never win."