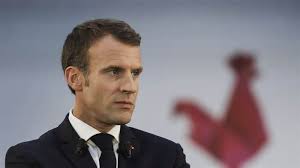 "Strike action is justifiable and protected by the constitution, but I think there are moments in a nation's life when it is good to observe a truce out of respect for families and family life."

"The public be damned!" seems to be the attitude of many of the workers who are tying up transit to protest Macron's plan to reform a pension system that consumes 14% of GDP.

Macron wants to raise to 64 the age of eligibility for full retirement benefits. Not terribly high. And to set an example, he is surrendering his lifetime pension that is to begin when he becomes an ex-president.

Yet, it is worth looking more closely at France because she appears to be at a place where the rest of Europe and America are headed.

In France, the government collects 46% of the GDP in taxes and spends 56% of GDP, the highest figures in the Western world.

And Paris appears to be bumping up against the limits of what democratic voters will tolerate in higher taxes, or reductions in benefits, from the postwar welfare states the West has created.