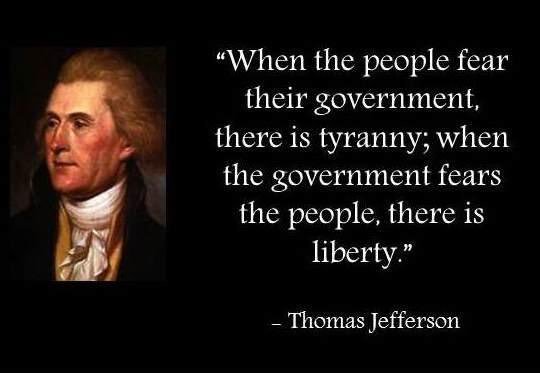 The importance of logic and accurate information in stressful times cannot be overstated.

With the gun control mess occurring in Virginia right now, there have been a lot of rumors, a lot of interpretations, and a lot of allegations from anonymous sources.

I haven't written this to call anyone out. I'm certain that the people covering this story have honorable intentions. I've written this because I want to remind everyone that reason is our greatest weapon in the battle against tyranny.

What we know vs. what some guy said

I cannot confirm whether any of these current rumors circulating right now are true or not. Neither can I predict if they'll come to pass. I try to provide balanced information based on provable sources.

Sometimes readers get angry about this and accuse me of passing on "misinformation." It's unfortunate they feel that it is misinformation, but I only publish what I have a source to corroborate. I might speculate but then I make sure that I've pointed out my thoughts are mere speculation and that there's no evidence of this.

This doesn't mean to completely rule out the rumors. It's not beyond the realm of possibility that communications could be taken down in a "rebel" area. It's important to plan for all the possibilities. But I don't think me running a story full of suppositions and anonymous sources is actually helpful at all. I don't want to fan the flames of an already volatile situation with things that I cannot prove.

It's irresponsible. I won't do it.

My goal is to help you get prepared for the things which are most likely. To do that, I have to focus on what we know.

Logic, not hysteria, will win the day.

Cooler heads are needed in situations such as these. Practical information and advice are necessary.

If you get hysterical and get all worked up about the boundless possibilities of a tyrannical state, you're not thinking logically and that will get you nowhere good. Humans can only function at a high level of adrenaline for a certain amount of time. You're going to crash if you keep yourself completely worked up all the time.

I'm not suggesting you underestimate the possibilities. Let me be perfectly clear when I tell you that I would not rule anything out. This is a move that has been strategically planned, as I wrote before. We must be strategic in our responses. Get organized with your family, friends, and neighbors and make sure that lacking another, yours is the voice of reason.

Work with what you know, first.

Work with the things you know, first. Then move on to other scenarios.

I urge you to sit down and make reasonable plans. Obviously you want to cover possibilities like loss of comms or loss of power, but you don't need to go out and spend thousands of dollars on generators for this.

What Would a COMPLETE Supply Chain Breakdown Really Look Like?