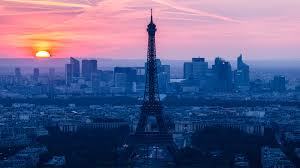 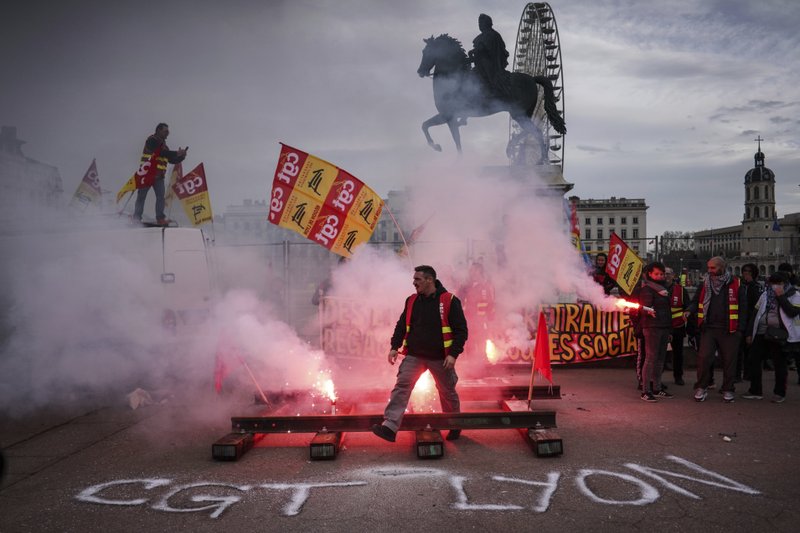 PARIS (AP) — French union activists cut electricity to nearly 100,000 homes or offices. Eiffel Tower staff walked off the job. Even Paris opera workers joined in Tuesday's nationwide protests across France, singing an aria of anger as workers rallied against the government's plan to raise the retirement age to 64.

Despite 13 days of crippling train and subway strikes, French President Emmanuel Macron and his government stayed firm. The prime minister declared his "total" determination to reshape a pension system that unions celebrate as a model for the rest of the world but that he calls unfair and destined to collapse into debt.

Lighting red flares and marching beneath a blanket of multi-colored union flags, thousands of workers snaked through French cities from Brittany on the Atlantic to the Pyrenees in the south.

Hospital workers in scrubs, Air France staff in uniforms, lawyers wearing long black robes — people from across the French workforce joined in the strikes and protests in higher numbers than the last cross-sector walkout last week.

The retirement reform that has brought them together is just one of their many gripes against Macron, a business-friendly centrist they fear is dismantling France's costly but oft-envied welfare state.

Workers from the hard-left CGT union on Tuesday carried out what they called "targeted" blackouts on electricity networks around Lyon and Bordeaux to call attention to their grievances, and their power.

Several European countries have raised the retirement age or cut pensions in recent years to keep up with lengthening life expectancy and slowing economic growth. Macron argues that France needs to do the same.

Tourists canceled plans and Paris commuters took hours to get to work Tuesday, as train drivers kept up their strike against changes to a system that allows them and other workers under special pension regimes to retire as early as their 50s.