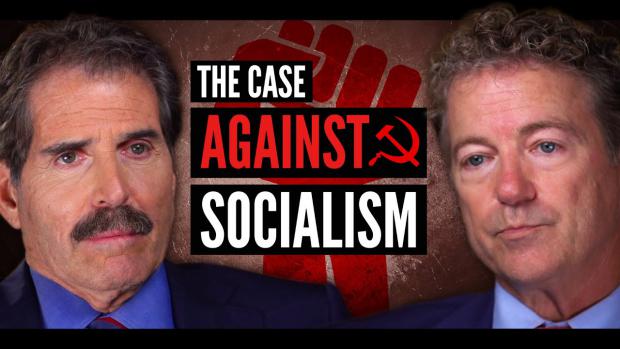 Even as Venezuelans starve, Senator Rand Paul (R–Ky.) notes that socialism has gained ground in the United States.

That's why he wrote "The Case Against Socialism." The chapter on Venezuelan socialism is titled, "Because Eating Your Pets is Overrated."

"You would think that…when your economy gets to the point where people are eating their pets, people might have second thoughts about what economic system they've chosen," Paul tells John Stossel.

But Stossel notes that today American socialists say, "We won't be like that." Sen. Bernie Sanders (I–Vt.) says, "when I talk about Democratic socialism, I'm not looking at Venezuela. I'm not looking at Cuba. I'm looking at countries like Denmark and Sweden."

But Paul debunks that myth in his book.

"It's not true that the Scandinavian countries are socialist," Paul tells Stossel.

Stossel points out that while Scandinavia tried socialist policies years ago, they then turned away from socialism, privatizing industries and repealing regulations. In fact, when experts rank economic freedom, Scandinavian countries rank near the top.

Denmark's prime minister even responded to Sanders, saying: "Denmark is far from a socialist planned economy."