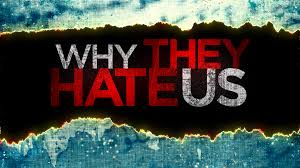 Soon after the 9/11 attacks, the official mantra began being issued: The terrorists just hate us for our "freedom and values." No other explanation for motive was to be considered. If anyone suggested an alternative motive — such as "They are retaliating for U.S. governmental killings over there" — U.S. officials and interventionists would immediately go on the attack, heaping a mountain of calumny on that person, accusing him of treason, hating America, loving the terrorists, and justifying their attacks.

It happened to me and other libertarians who dared to challenge the official motive behind the 9/11 attacks. Shortly after the attacks, I spoke at a freedom conference in Arizona consisting of both libertarians and conservatives. When I pointed out that the attacks were the predictable consequence of a foreign policy that kills people over there, another of the speakers was filled with anger and rage over such an "unpatriotic" suggestion. Then, a few weeks after the 9/11 attacks, FFF published an article by me entitled, "Is This the Wrong Time to Question Foreign Policy?" in which I pointed out the role that U.S. interventionism had played in the attacks. FFF was hit with the most nasty and angry attacks I have ever seen.

Eighteen years later, the evidence is virtually conclusive that the reason that the United States has been suffering a constant, never-ending threat of terrorism is because U.S. military and CIA forces have been killing people in the Middle East and Afghanistan since at least the end of the Cold War, and even before.