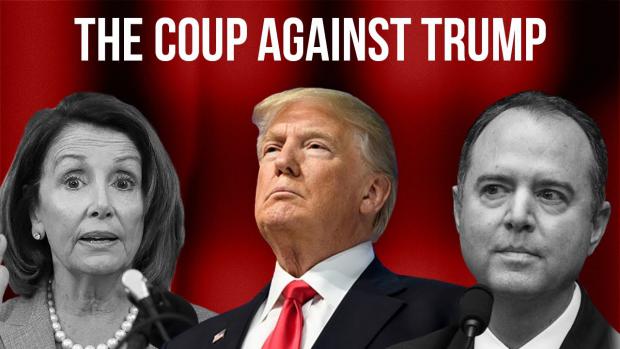 Update: In a meandering history lesson that sought to place the impeachment of President Trump in the same historical tradition as the overthrow of the divine right of kings, Nancy Pelosi announced Thursday morning that she is leaving it up to the Judiciary Committee to draft articles of impeachment.

Pelosi warned that no one is above the law, and that the president's attempts to strongarm Ukraine in announcing an investigation into the Bidens left her "no choice" but to move ahead. So she ordered the Chairman of the Judiciary Committee, Jerry Nadler, to draft up the articles.

Notably, she didn't address the timing, leaving it unclear whether the impeachment vote would come before Christmas, or shortly after the new year. Earlier, Trump insisted that if the Dems are going to impeach, that they "do it now, fast" and get it over with.

*PELOSI: IN AMERICA, NOBODY IS ABOVE THE LAW

Earlier, President Trump warned via tweet that an impeachment trial in the Senate will be an epic political circus, with Pelosi, Schiff and Biden all testifying if the president gets his way.

Trump wants live witnesses to defend him, and has said that he's resigned to impeachment.

The announcement comes one day after Republican witness Jonathan Turley warned that Dems are "rushing" the process.

In response to Pelosi's decision, White House Press Secretary Stephanie Grisham warned that the Dems should be "ashamed" of their decision, and that the administration is looking forward to the Senate trial.

.@SpeakerPelosi & the Democrats should be ashamed. @realDonaldTrump has done nothing but lead our country - resulting in a booming economy, more jobs & a stronger military, to name just a few of his major accomplishments. ???????? We look forward to a fair trial in the Senate.