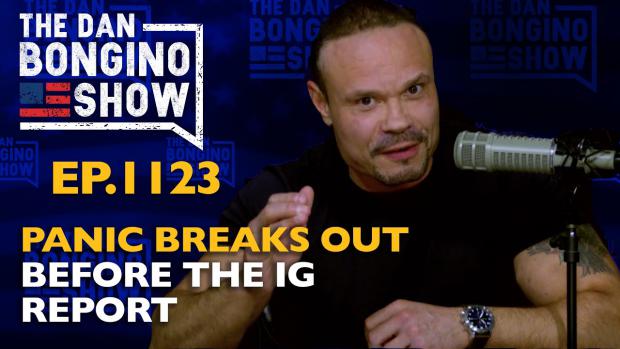 The deep state is in a panic right now - Dan Bongino, creator of the Bongino Report pic.twitter.com/xn6krRbrdB

BI lovebird lawyer Lisa Page has broken her silence–conveniently just days before the IG report on the bureau's misconduct is set to release.

Page told the Daily Beast that she had "stayed quiet," hoping the scrutiny surrounding her corrupt behavior at the FBI would "fade away."

"…But instead it got worse," Page said. "It had been so hard not to defend myself, to let people who hate me control the narrative. I decided to take my power back…It's like being punched in the gut. My heart drops to my stomach when I realize he has tweeted about me again. The president of the United States is calling me names to the entire world. He's demeaning me and my career. It's sickening."

Dan responded to Page's interview this morning on Fox and Friends and called out the FBI lawyer for her role in the "biggest political spying scandal in human history."

"She feels bad that the president is calling her names? Is she serious? She was the lead FBI lawyer on the biggest political spying scandal in human history who has already said on the record…in her own words in a congressional hearing that when Bob Mueller was appointed….after a year of investigating the president and his team and she says under oath, 'hey at that point it could have been literally nothing.'"

Dan continued, "So you moved from an initial inquiry to a preliminary inquiry into a full investigation into the president and his team and you're appointing Bob Mueller after a year of investigating and you acknowledge in front of a committee as the lead FBI lawyer on this case that you could have had quote 'literally nothing' and you're upset that the president hurt your delicate sensibilities by calling you a name? I mean is this serious? Do you understand the panic that these deep staters are in about this IG report right now? That's why they're coming out and doing these stories."

Dan was referring to Page's July 2018 deposition where she claimed that nine months after the FBI began its investigation, the bureau still couldn't conclude whether or not there was collusion between President Trump and Russia.

Responding to a question from Rep. John Ratcliffe (R-TX) about a text message from Peter Strzok where the two discussed the merits of the Mueller investigation, she said, "I think it's a reflection of us still not knowing…It still existed in the scope of possibility that there would be literally nothing, probably not nothing nothing, as we probably knew more than that by that point."

The text message in question was from Strzok, in which he wrote, "Who gives a f*ck, one more A(ssistant) D(irector)…(versus) (a)n investigation leading to impeachment?" He later continued, "…you and I both know the odds are nothing. If I thought it was likely I'd be there no question. I hesitate in part because of my gut sense and concern there's no big there there."