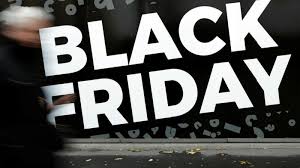 French MPs passed an amendment Monday that could make the annual shopping holiday, widely popularized in the US, illegal, warning that a shopping frenzy causes "resources waste" and "overconsumption."

The proposal, led by France's former environment minister Delphine Batho, is expected to be debated next month in the National Assembly, the lower house of parliament.

"We cannot both reduce greenhouse gas emissions and call for a consumer frenzy," Borne said. "Above all, we must consume better."

The amendment prohibiting Black Friday has been condemned by France's e-commerce union.

RetailMeNot estimates that French shoppers are expected to spend $6.5 billion this year between Black Friday and Dec. 1.

Climate change activists from the Extinction Rebellion group's French chapter have been out in force protesting shoppers.