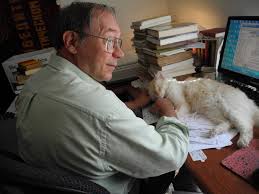 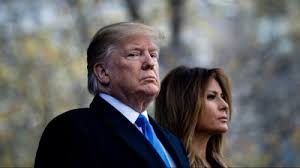 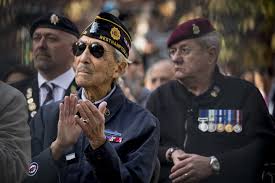 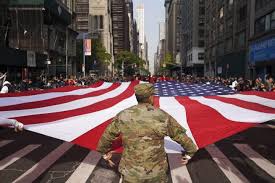 I happened to be driving at 11 a.m. Nov. 11, this year — notable hour of a notable day. Unfortunately, thanks to the taxpayers (involuntarily) subsidizing "repeater towers" atop every sizeable mountain range in Nevada, the only source of hourly news that comes in clearly on my car radio out here in the rurals is the Nevada state teachers college affiliate of far-left National Public Radio.

The lede story that holiday morning was President Trump speaking at the Veterans' Day observances in New York City. But NPR didn't lede by sharing a few minutes of the President's remarks, of course. (Give free air time to Orange Man Bad? Ha!)

Instead, they played a couple "actualities" – brief recorded sentences – purportedly from some of the veterans in attendance. The first was moderately pro-Trump (so they can insist they're "balanced," you understand), but then came the one with whom the commentator lady (apparently a psychic, on top of everything else) said "most of the veterans here agreed with."

"Roll tape," as they used to say before everything went digital.

This "veteran" said he favors the removal of President Trump because "He's a risk to our national security."

Now, you might think, "Hey, they just stuck their microphone in someone's face and that's what he said; you can't blame the radio network for that."

No no. This wasn't "live." These little slices of manipulated reality are carefully edited and packaged to fit into a pre-determined time slot. I've been in the news business, remember. Unless they chose their "random man-on-the-street" based on his holding a "Dump Trump" sign (which I wouldn't put past them) that gal and her team will have conducted eight, 10, as many as a dozen interviews from which they can choose and trim down the two or three that "tell the story" they want to tell. And there's no one there to report on them studiously avoiding all the guys in the red "MAGA" hats. 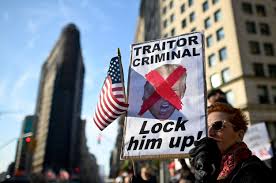 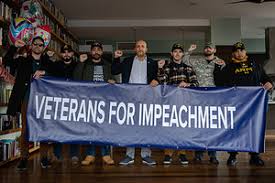 What if this "vet" had said "I don't trust this guy Adam Schiff that's holding these secret, star-chamber impeachment hearings because he's a pederast who corn-holes little boys; I heard one of them even died"? Think they would have aired that because "We have no agenda –- we're just here to air whatever people say"?

In fact, the chances of such a bizarre and counterintuitive statement (the PRESIDENT OF THE UNITED STATES — and one who's systematically building up our strength, while tying off the bleeding in endless Third World wars and ditching trade agreements that made us the world's ATM — somehow ENDANGERS OUR NATIONAL SECURITY?) just "popping up" at random are infinitesimal, especially as it now appears this is a fresh Democrat "talking point."

In the so called Democrat "debate" on Nov. 20 (once they'd all agreed on impeaching Trump, open borders and free health care for every illegal alien – as they did months before – what was left for them to "debate"?) bottom-rung Democrat candidate Kamala "Heels-Up" Harris said "What Donald Trump has done from pulling out of the Paris agreement" (to cripple Western economies chasing the "Global Warming" chimera while India and China continued to build all the coal-fired power plants they want), "to pulling out of the Iran nuclear deal, to consistently turning a back on people who have stood with us in difficult times — including most recently the Kurds — points out that Donald Trump is the greatest threat to the national security of our nation at this moment."

(Our "national security" would benefit by launching a full-scale, boots-on-the-ground war against BOTH Syria and Turkey to establish an independent Kurdistan — which in all likelihood would then immediately begin voting against us at the U.N., attacking Israel, and executing Christian missionaries for handing out Bibles? Okaaaay.)

In a press conference the next day, Nov. 21, Nancy Pelosi (79-year-old daughter of a Mafia-connected Baltimore mayor, doyen of a "Sanctuary City" where illegal-alien murderers are routinely set free, who has mysteriously accrued a net worth of $120 million by "investing in real estate" while working for decades at a congresswoman's $174,000 salary while maintaining homes in two of the most expensive cities in the nation) said, "The evidence is clear that the president has used his office for his own personal gain, and in doing so, undermined the national security of the United States by withholding military assistance to the Ukraine . . ." 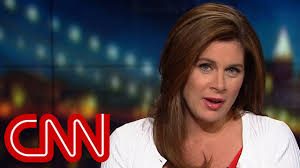 Coincidence? Think all this weird "president is a threat to national security" business – from a bunch of freaking communist/globalists — is a "coincidence"? If you still believe this talking-point echo chamber has anything to do with "coincidence," go watch the "Walls Are Closing In" compilation tape, at:

Donald Trump "used his office for his own personal gain?" This referring to a billionaire who has doubtless cost himself hundreds of millions in opportunity costs by giving up the reins of his successful business empire for eight years, and who declines to accept even his stipulated salary, instead working for a dollar a year?

Now compare this to Huma Abdein's day in, day out "You want to meet with Madame Secretary? Have you made your contribution to the Clinton Foundation yet" pay-to-play operation at Hillary's State Department.

Not to mention the fact that Trump HAS sent military aid — including lethal javelin anti-tank missiles -– to the Ukraine, while Obama refused to send anything beyond, as Mr. Trump puts it, sheets and pillow cases.

Let's examine this assertion that Donald Trump, as president, is a danger to America's national security:

For 30 years, the Bush, Clinton & Obama crime families have been selling us down the river, supervising the systematic packing up and exporting of TENS OF THOUSANDS of American factories to tyrannical overseas hellholes where multinational industrialists fronted by our various "chambers of commerce" could make huge fortunes using communist slave labor to work those drill presses and stamp out all their plastic toys and who-needs-quality-control aircraft parts – while those aforementioned greedy politicians accepting multi-million-dollar payoffs to let it happen. Whole BOOKS have been written about this. (See "Year of the Rat," "Secret Empires.")

By the time Trump was elected, we were within months of watching the shutdown of the last American steel mills capable of making heavy armor for our tanks: 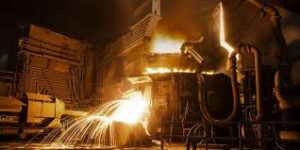 Trump has almost single-handedly rescued and brought back the American steel, aluminum, and energy industries – things the economic illiterate Barack Obama said could only be done with "a magic wand." To this DAY, the Democrat challengers are promising to shut down America's coal, oil, gas, and pipeline industries entirely, leaving Vladimir Putin free to blackmail Europe into subservience by becoming their only source of fossil fuels, while hundreds of thousands more American workers go back on the dole as their towns out in "Flyover Country" rot around them.

But it's DONALD TRUMP who's a threat to our national security?

Meantime, has anyone noticed "Confidence in Trump economy hits highest level ever"? 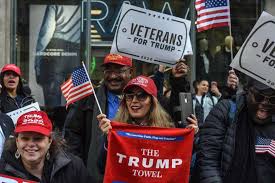 THIS is why the Dems are running their impeachment scam –- Trump's re-born strong America is going to cost multinational industrialists who are now heavily invested in communist China and bled-out, castrated Europe TRILLIONS. He's reversing the 30-year campaign to gut America, and the bribemasters who control the Democrat party, the RINOs, and our communist "major news media," are screaming "We paid you billions! Get to work! Eliminate this bastard By Any Means Necessary!"

Make no mistake: This is not about any wrongdoing by Donald Trump -– which is precisely why they keep trying out a different "crime" every week or two, as their focus groups tell them which one will now play best.

Meantime, the wheels are falling off the "shampeachment," anyway. 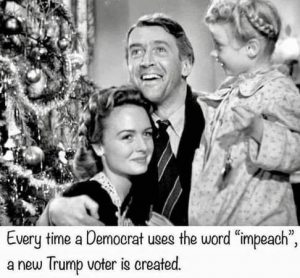 Note how little attention was paid in the "mainstream media" to an amazing sign of weakness of bug-eyes Schiff and his scam, the other day:

Why does Schiff immediately withdraw his so-called "subpoenas" when they're challenged? Because House Democrats know their demand letters aren't real "subpoenas" (backed by a penalty under law), at all, and their whole show will fall apart if they allow a court to rule on the question.