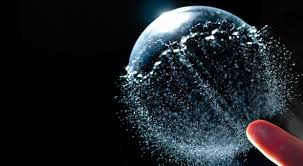 In an in-depth conversation with The Market, Kevin Duffy, the head of hedge fund Bearing Asset Management, reveals where he sees the most dangerous excesses and which stocks look attractively cheap in today's environment.

All is good. The trade war between China and the United States comes to an end, the global economy has weathered the worst, and central banks are making sure that markets continue to go up. This is the scenario currently shaping the consensus.

Although it's been a brutal year for short sellers, Duffy is convinced his time will come soon. In this in-depth conversation with The Market, he explains why he's betting against stocks like BlackRock and MSCI – and which names are on his buy list.

Mr. Duffy, investors are in «risk on» mood again: concerns about a global recession are waning, the S&P 500 is at record levels. What's your take on financial markets?

To me, it's interesting how everything is out-of-sync: You have the bond market going down, the stock market going up and gold being sort of all over the place. I think central bankers are already starting to lose control as the recent weakness in bonds shows. Just look what's happening with the 100-year Argentine bond: It has been cut in half since August.