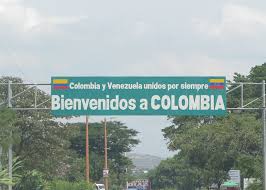 However, the strain is beginning to show. We were recently in Colombia, where a senior international official told us, "Colombia is a now a ticking time bomb."

This description may be hyperbole, but the country indeed appears headed towards a tipping point. Such an outcome would exacerbate the regional humanitarian crisis triggered by Venezuela's collapse.

The crisis in Venezuela shows no signs of abating

The political situation in Venezuela continues to deteriorate. In September, Norwegian-sponsored negotiations between the Maduro government and the opposition led by Juan Guaidó were declared dead. The economy is in freefall. Officially, there are 1.4 million Venezuelans already in Colombia, but the real figure is likely between 1.6 and 2 million. This outflow of Venezuelans will likely double in the coming year. At this rate, Venezuelans could shortly make up a tenth of Colombia's population.

Those fleeing are increasingly vulnerable.