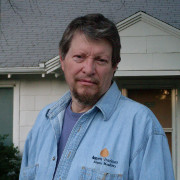 The President of our choice (my choice, anyway) is under felonious assault by a Klan of Killer Klowns in Kongress.

The streets of America's greatest cities are paved in human excrement.

Cholera and Bubonic Plague are making a big comeback.

Corrupt politicians, judges, and cops are ignoring the Constitution to steal guns from war heroes.

Greedy families of violent criminals are suing victims who successfully defended themselves.

Vicious and ignorant children are anxious to adopt a socioeconomic system that murdered two-hundred million people in the last century.

Four idiotic communist harpies have taken over the Democrat Party.

Political correctness now demands that trigger warnings be slapped on classic Disney movies: apparently Prince Charming never asked Snow White's permission to kiss her (Darwinian note: guys who require permission to sweep girls off their feet are unfit to pass their genes on).