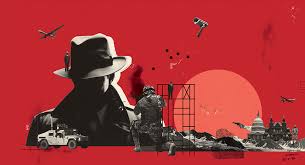 The online world is so easy, so reachable, and we take advantage of it in believing that it will always exist. But power grids fail, back-up generators run out of fuel, batteries run out of juice making inverters useless, and human beings will ultimately refuse to ride bicycles all day long just so somebody can access the internet. Imagine that scenario; one where we experience complete power loss – total power grid failure across a nation.

It seems the U.S. Government did exactly that, and the President's National Infrastructure Advisory Council (NIAC) released the findings of a study in December 2018 called "Catastrophic Power Outage Study". In the publication's introduction regarding "What the Nation Faces", can be found this resounding statement:

The NIAC was tasked to examine the nation's ability to withstand a catastrophic power outage of a magnitude beyond modern experience, exceeding prior events in severity, scale, duration, and consequence. … challenged to think beyond even our most severe power disruptions, imagining an outage that stretches beyond days and weeks to months or years, and affects large swaths of the country. (source)

The study went on to say in its findings, in regards to state, city, and local levels (emphasis mine):

'A misconception that events occur infrequently.' If nothing else, that one sentence convinces me to keep prepping. You know people need to get their heads out of the sand when the government itself has that to say. Especially when the study is on massive power outages.

How will you contact family members when the grid goes down?

In a grid-down situation, there will be a direct need to get in touch with family, loved ones, and friends. We don't live as we did sixty years ago with Mom and Pop on one street and the kids all getting married and moving out to new homes just down the street or around the block. We have families in other counties, states, sometimes countries. How do we get in touch with them in a major grid-down situation? The FCC mandates that cell towers have backup batteries, which means in a grid-down situation you should be able to use your cell phone for another 4-5 hours before that too dies. Success, of course, depends on cell tower overload and other factors.

What if that doesn't work? What about landlines? The 'old' kind that hangs on the wall with a spiraled cord from the receiver to the base?  They require electricity, and in a relatively smaller disaster like a hurricane, they may still be your best bet as power companies rely on generators to continue carrying out some of their functions. Those, unfortunately, will run out in a few weeks, making even that phone useless for making calls. What about the plain old landline phones that are hardwired in and require no power? Well, they kind of do still require power, albeit minimal, which is provided by your local phone company who, again by FCC decree, is required to have back up generators. When those fail, the phone fails.

Trump says he will refuse to endorse Republicans who vote for 'disgraceful'...

Do You Want To Know The Truth? Infrastructure All Over America Is Crumbling At A Frightening Pace

Taibbi: The Heroic Congressional Fight To Save The Rich