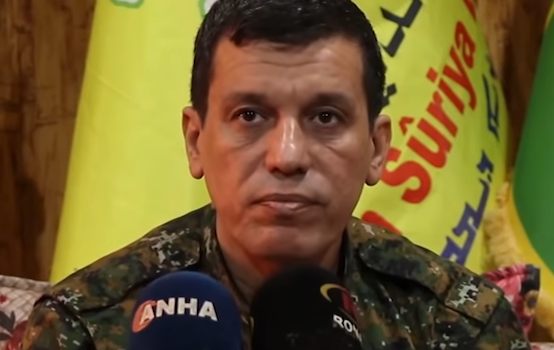 In the past month, the name and image of General Mazloum Adbi, the commander of the Kurdish Syrian Democratic Forces, or SDF, has become well known to Americans. The decision by President Trump to precipitously withdraw U.S. forces from northeastern Syria, thereby greenlighting a Turkish military incursion which targeted Mazloum and his forces, prompted a widespread discussion about the American "abandonment" of its Kurdish allies, and General Mazloum quickly became the face of the Kurds.

After the targeted killing of ISIS leader Abu Bakr al-Baghdadi, by elite commandos from the Joint Special Operations Command (JSOC), General Mazloum's status as a heroic figure was cemented, given the role he and the SDF played in that effort. But Mazloum has a dark past which makes his relationship with the U.S. highly problematic.

To hear the Kurds tell it, the attack on al-Baghdadi wouldn't—indeed, couldn't—have happened without their support. "Since 15 May [2019]," Polat Can, a senior adviser to the SDF, declared via Twitter, "we have been working together with the CIA to track Al Baghdadi and monitor him closely." The operation to kill Baghdadi was supposed to take place a month ago, Mr. Can tweeted, but the decision by President Trump to pull American troops out of northeastern Syria, followed by the Turkish incursion into the evacuated territory, caused a postponement. Eventually, however, the mission was a "go."