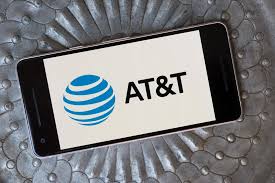 As part of the settlement of the 2014 complaint, AT&T is also prohibited from making any representation about the speed or amount of its mobile data without also disclosing any material restrictions on the data.

AT&T issued a brief statement acknowledging that it had reached a settlement with the FTC.

"Even though it has been years since we applied this network management tool in the way described by the FTC, we believe this is in the best interests of consumers," AT&T said in an emailed statement.

The company had fought the FTC in court, saying it had no jurisdiction to bring the case, but lost in 2018.

The FTC alleged that AT&T would begin to slow "unlimited" customers' data after they used as little as two gigabytes of data in a month. Netflix says that watching its shows uses about 1 gigabyte per hour of standard definition video.

Andrew Smith, director of the FTC's Bureau of Consumer Protection, said AT&T made promises it did not keep. "While it seems obvious, it bears repeating that Internet providers must tell people about any restrictions on the speed or amount of data promised," he said in a statement.