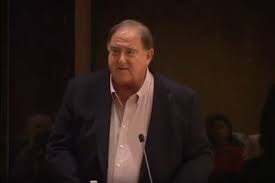 A 74-year-old spy who made headlines last year for infiltrating the 2016 Trump campaign was the source of disinformation that made its way to the Washington Post's David Ignatius regarding former National Security Adviser Michael Flynn, according to The Federalist.

Stefan Halper, who was paid over $1 million by the Obama administration - was enlisted by the FBI to befriend and spy on three members of the Trump campaign during the 2016 US election.

And according to a recent court filing by Flynn's attorney, Sidney Powell, Halper, the CIA, the FBI, and a Defense official used Russian-born academic Svetlana Lokhova to smear Flynn by feeding Ignatius information suggesting she was a Russian honeypot.

38-year-old Svetlana Lokhova met Flynn at the February 2014 Cambridge dinner organized by Sir Richard Dearlove - a former head of MI6 who was launching an organization called the Cambridge Security Initiative, according to the BBC. Also part of the organizing group was Halper.