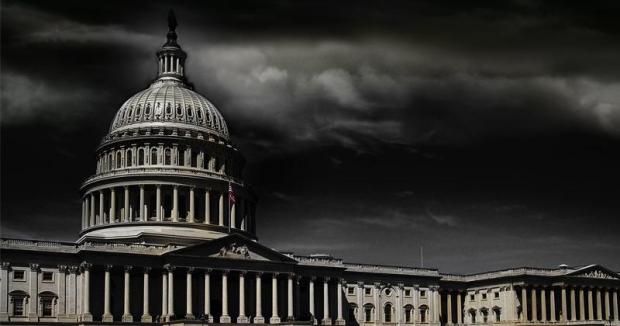 Two former intelligence heads bragged about how the deep state is engaged in a coup to remove President Trump Thursday, with one even praising God for the existence of the deep state.

During an interview with Margaret Brennan of CSPAN, former CIA head John McLaughlin along with his successor John Brennan both basically admitted that there is a secretive cabal of people within US intelligence who are trying to 'take Trump out'.

"Thank God for the 'Deep State,'" McLaughlin crowed as liberals in the crowd cheered.

"I mean I think everyone has seen this progression of diplomats and intelligence officers and White House people trooping up to Capitol Hill right now and saying these are people who are doing their duty or responding to a higher call." he added.

"With all of the people who knew what was going on here, it took an intelligence officer to step forward and say something about it, which was the trigger that then unleashed everything else," McLaughlin said, referring to the unnamed 'whistleblower', who it seems worked for Obama, Biden And Brennan.