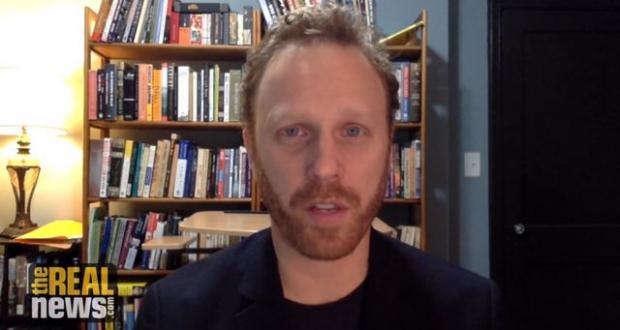 As reported by the Grayzone, "A team of DC police officers appeared at Blumenthal's door at just after 9 a.m., demanding entry and threatening to break his door down. A number of officers had taken positions on the side of his home as though they were prepared for a SWAT-style raid."

Blumenthal was then "hauled into a police van and ultimately taken to DC central jail, where he was held for two days in various cells and cages. He was shackled by his hands and ankles for over five hours in one such cage along with other inmates. His request for a phone call was denied by DC police and corrections officers, effectively denying him access to the outside world," the report said.

The Grayzone editor was eventually informed that he was accused of "simple assault" by a Venezuelan opposition member. In response Blumenthal said, "This charge is a 100 percent false, fabricated, bogus, untrue, and malicious lie. It is clearly part of a campaign of political persecution designed to silence me and the the Grayzone for our factual journalism exposing the deceptions, corruption and violence of the far-right Venezuelan opposition."