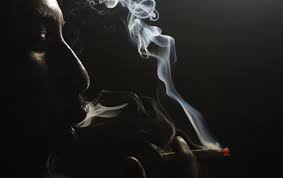 After all, given all the media hype about the killing, you would think that the war on terrorism had been won and had finally been brought to an end. Some people were undoubtedly even getting ready for a ticker-tape parade in Washington, D.C., to celebrate the end of the war on terrorism.

Alas, not even close! Despite the much-ballyhooed killing of Baghdadi, there are still lots more terrorists, both big and little, in the world to kill. After 18 years of terrorism warfare, the Pentagon and the CIA are just getting a good start killing terrorists.

Indeed, the media is already speculating on who will replace Bagdadi as the new head of ISIS. Before too long, America will have another brand new official enemy to add to its long list of official enemies that need killing.

Haven't we seen this picture, time and time again, in the war on drugs? Why, just recently we were treated to the federal spectacle of "El Chapo," the notorious Mexican drug lord, being busted in Mexico, extradited to the United States, and, amidst great media hype, convicted and sentenced to life in a U.S. federal penitentiary.