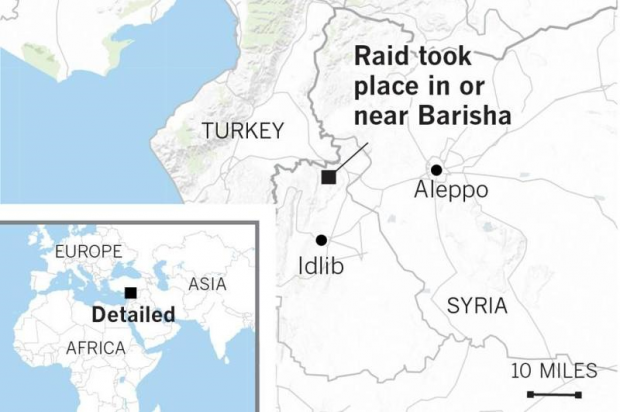 Little over one month after US newspapers published reports about a new audio message and image of ISIS leader Abu Bakr al-Baghdadi, the semi-mythical terrorist kingpin, who has reportedly been killed several times in the past, allegedly detonated a suicide vest during a raid by American special forces. The explosion killed him, and several of his children, according to the official account of the confrontation, and a DNA test was promptly conducted on location to ascertain it was indeed Baghdadi who was killed, the perplexing narrative goes.

However it happened, the killing of Baghdadi was a major PR win for Trump (who has been touting the fact that ISIS has been "99%" eliminated for months).  But according to Bloomberg, it almost didn't happen. Baghdadi had previously evaded several American attacks in the weeks prior to his death, and there were some doubts about whether this critical tip was still good.

The CIA first started receiving "surprising" information about Baghdadi's general location over the summer. According to the tips, he was hiding in a village deep inside a part of northwestern Syria controlled by rival fundamentalist groups. Per the NYT, Syrian and Iraqi Kurds were tremendously helpful in providing this information. But the final tip that helped inspire the raid came after the arrest and interrogation of one of Baghdadi's wives and a courier, the NYT reported.

According to a Syrian engineer who spoke with villagers living near the raid site, Baghdadi had sought shelter in the home of Abu Mohammed Salama, a commander of another extremist group, Hurras al-Din. Salama's fate is not yet clear.