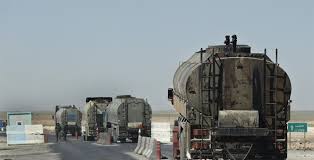 Are our troops in Syria, then, on their way home? Well, not exactly.

Those leaving northern Syria went into Iraq. Other U.S. soldiers will stay in Syria to guard oil wells that we and the Kurds captured in the war with ISIS. Another 150 US troops will remain in al-Tanf to guard Syria's border with Iraq, at the request of Jordan and Israel.

And 2,000 more US troops are being sent to Saudi Arabia to help defend the kingdom from Iran, which raises a question: Are we coming or going?

In his conflicting statements and actions, Trump seemingly seeks to mollify both sides of our national quarrel:

Is America still the world's last superpower with global policing obligations? Or should we shuck off this imperial role and make America, again, in Jeane Kirkpatrick's phrase, "a normal country in a normal time"?