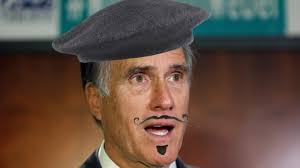 How many currently elected politicians measure up to that expectation is debatable, of course, and it is difficult, for most, to judge them fairly. Supporters of Sen. Elizabeth Warren (D-MA) would no doubt argue that she is entirely principled and honest about her political intentions. Her detractors, meanwhile, would describe her as evasive at best and downright dishonest at worst. Similarly opposing views might be applied to President Donald Trump or to any member of Congress.

Sen. Mitt Romney (R-UT), who – it could be argued – suffered an almost inexplicable loss to President Barack Obama in the 2012 election, is one of those politicians who has tried hard to portray himself as eminently principled, morally upstanding, and an all-around decent man. To be sure, he has done things in his personal life that lend credibility to such an image. What if it turned out, though, that Romney – until now – had secret social media persona for the primary purpose of defending and boosting the image of none other than Mitt Romney?