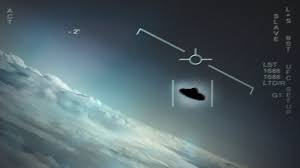 (Natural News) The U.S. Navy is setting up a proper reporting and investigative system that will keep track of UFO rumors from its pilots. However, while this information may sound exciting, any news that comes out of it won't be disclosed with the public.

Joe Gradisher, a spokesman for the Office of the Deputy Chief of Naval Operations for Information Warfare, said that the Navy was going to consider anything gathered by this system as "privileged information in order to preserve the free and honest prioritization and discussion of safety among aircrew."

This makes more sense when put into the context of just when these Navy pilots would be reporting their information. "Furthermore," Gradisher continued in his statement, "any report generated as a result of these investigations will, by necessity, include classified information on military operations."

This new system instituted by the Navy hopes to streamline the process of investigating whether or not these reports are credible. (Related: REAL or HOAX? UFO experts warn of "cosmic false flag" event, claiming deep state will fake alien invasion to achieve totalitarian control over humanity)

With the number of reported sightings increasing, the Navy's push to centralize the process of discerning all this information is coming out because of the release of declassified videos tracking what looked like possible UFOs. The videos of "unidentified aerial phenomenon" (UAP) were never supposed to be released to the public. They feature pilots and other air crewmen loudly debating what kind of aircraft the UAPs were. In response to the release of the videos, the Pentagon firmly insisted that the videos were not cleared for public release and should never have been leaked in the first place.

Seth Shostak of the Search for Extraterrestrial Intelligence Institute says that this is a smart move from the Navy; the creation of a formal process for documenting, reporting, and investigating possible UFOs/UAPs makes everyone happy because it is seen as a move toward transparency.

However, even Shostak doesn't think that the Navy is doing this because it believes in intelligent alien life. It's more likely that they believe these unidentified aircraft come from either China or Russia or another hostile nation.

In a statement made to Politico, the Navy said that the purpose of these reporting guidelines is to remove the stigma and the air of mystery that surrounds UFO sightings because, as they put it, chances are it could just be aircraft that was able to enter unauthorized airspace, including places that are tightly controlled by the military. "For safety and security concerns, the Navy and the [U.S. Air Force] takes these reports very seriously and investigates each and every report."

This would explain the updating of the Navy's reporting system. The Navy is concerned about the amount of credible reported sighting by its pilots, so much so that it wants to properly record the official data and have it studied to figure out exactly what kind of flying object they saw.