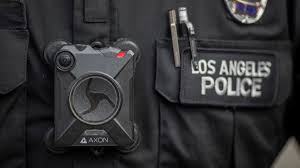 California lawmakers today passed a bill placing a three-year state-wide moratorium on the use of facial recognition technology by law enforcement agencies.

Tang, according to an ACLU statement, says the bill will protect Californians:

Without my bill, facial recognition technology essentially turns body cameras into a 24-hour surveillance tool, giving law enforcement the ability to track our every movement. Let's not become a police state and keep body cameras as they were originally intended – to provide police accountability and transparency.