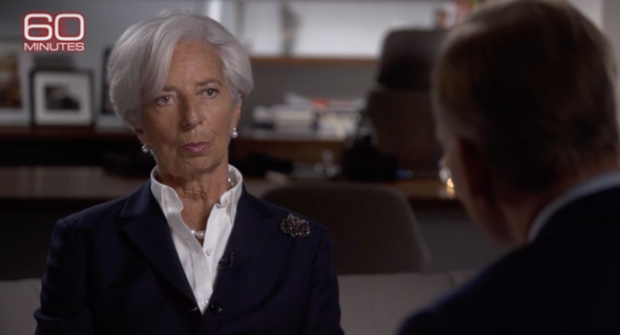 President Trump's Fed bashing, sometimes a daily occurrence, if not at least several times a week, has irritated incoming European Central Bank (ECB) President Christine Lagarde, who says in an upcoming 60 Minutes interview, expected to air on Sunday, Oct. 20 at 7 p.m. ET/PT on CBS, that "Market stability should not be the subject of a tweet here or a tweet there. It requires consideration, thinking, quiet and measured, and rational decisions."

Dickerson asks Lagarde if it's okay if a leader [refering to President Trump] was actively criticizing a central bank head in public. Dickerson pulled a quote from President Trump's Sept. 11 tweet, where he called Federal Reserve Chairman Jerome Powell a "bonehead" for not cutting "interest rates down to ZERO."

The Federal Reserve should get our interest rates down to ZERO, or less, and we should then start to refinance our debt. INTEREST COST COULD BE BROUGHT WAY DOWN, while at the same time substantially lengthening the term. We have the great currency, power, and balance sheet.....