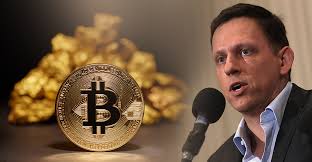 Bitcoin and cryptocurrency investors have been struggling this year to both justify past crypto investments and make new ones.

The bitcoin price, under pressure from the likes of Facebook's libra project and the ever-present threat of a regulatory crackdown, soared in the first six months of the year only to fall back again.

Some investors have not been put off by bitcoin's roller-coaster year, however, with billionaire PayPal cofounder Peter Thiel among new backers of Layer1, a renewable energy-focused bitcoin mining operation based in San Francisco.

This week, Layer1 revealed it has raised $50 million at a $200 million valuation from Thiel, Shasta Ventures and other undisclosed bitcoin and cryptocurrency investors, adding to a previous $2.1 million seed round that included Thiel, as well as venture capital company Digital Currency Group.

Layer1 is aiming to challenge the perceived wisdom that bitcoin mining the in the U.S. will not be able to compete with regions such as China, where some 60% of bitcoin mining operations are currently located, with some research suggesting that number could be even higher.

Layer1, which has pivoted to renewable energy bitcoin mining from a previous focus on the development of programmable money and store-of-value applications, wants to bring wind-powered bitcoin mining rigs to West Texas by early next year.

"According to industry research, over 60% of bitcoin's hash rate and 100% of bitcoin hardware production are located in China," Layer1′s cofounder and chief executive Alexander Liegl wrote in a blog post announcing the fresh funding.

"Less than 5% of bitcoin's hashrate and 0% of hardware production are located in the United States."