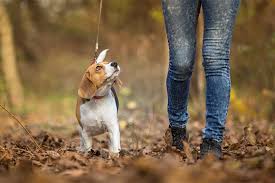 As someone who has studied public policy for decades, I have frequently been struck by how many people are so committed to their favorite ism or "answer" on an issue that they will ignore powerful contradictory analysis and evidence that is only a couple easy keystrokes away, or even when it is right in front of them.

A good example of this willful ignorance is the frequency with which opponents of capitalism reiterate dog-eat-dog, "survival of the fittest," and jungle as descriptors when they open their cornucopia of calumny.

The rebuttal to such assertions is available in the most famous book in the history of economics, Adam Smith's Wealth of Nations, in print since the year Americans issued the Declaration of Independence. It is in Book 1, Chapter 2, so even a very small investment in effort would get a reader that far. Further, one of the most famous quotes from the person many call "the father of economics" ("It is not from the benevolence of the butcher, the brewer, or the baker that we expect our dinner, but from their regard to their own interest. We address ourselves, not to their humanity but to their self-love, and never talk to them of our own necessities but of their advantages") sits as a lure to attention in the middle of the discussion.