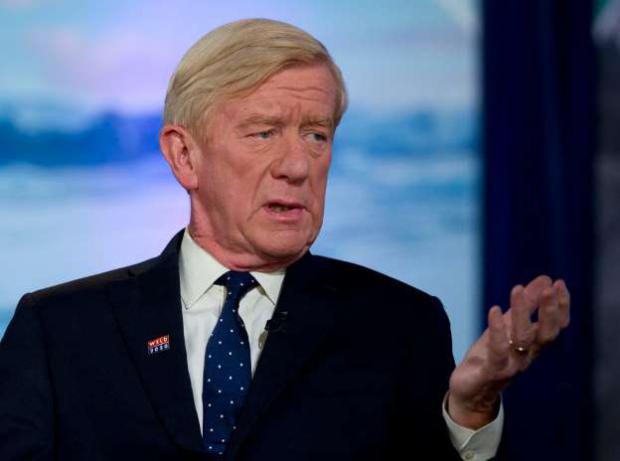 Ron Paul, who had been the 1988 presidential nominee of the Libertarian Party, spent much time in his 2008 and 2012 Republican primary presidential runs criticizing US intervention overseas and promoting following a noninterventionist foreign policy. Some people might expect Bill Weld would do the same thing in his current Republican primary challenge to President Donald Trump. Weld was, after all, the 2016 Libertarian nominee for vice president. However, as Weld made crystal-clear in his October 8 editorial at Foreign Affairs, Weld aspires to oversee as president a foreign policy that is solidly interventionist.

Weld, in his editorial titled "Reclaiming Republican Foreign Policy," presents a view far removed from the argument for nonintervention expected from a libertarian. Indeed, the editorial provides a rundown of Weld's support for the US government intervening militarily and otherwise across the world.

Weld, in his editorial, does not call for terminating the intense intervention overseas, including war, sanctions, and covert "regime change" operations, that has been the United States government's pursuit for decades. Instead, Weld promises to make sure that intervention continues. Weld writes, "I am running against Trump for the Republican nomination for president in part to return the United States to the stable, bipartisan foreign policy that brought the United States through the Cold War." The US must challenge nations including Russia and China, while "restoring deep connections with our European and Asian allies and with Israel," continues Weld.

The problem, according to Weld, is too little intervention. Condemning nonintervention under the name "isolationism," Weld writes, "the United States cannot afford to retreat into isolationism, as the Trump administration has done." Oh boy. Weld is so boisterous in his support for intervention overseas that he sees Trump as a noninterventionist.