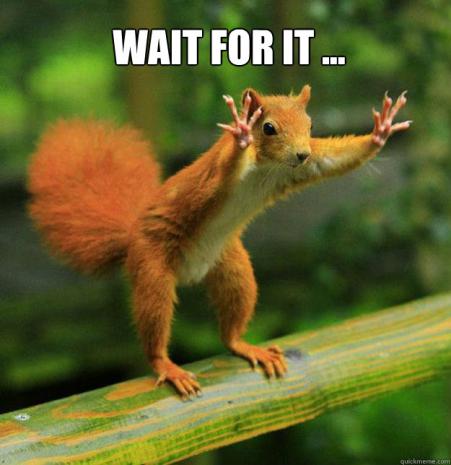 Rep. Adam Schiff fell back on the preposterous idea that he might not produce his "whistleblower" witness at all in the (so far) hypothetical impeachment proceeding. He put that one out after running a similarly absurd idea up the flagpole: that his "whistleblower" might just testify by answering written questions. I was waiting for him to offer up testimony by Morse code, carrier pigeon, or smoke signals.

Of course, the effort to "protect" the "whistleblower" has been a juke all along. For one thing, he-she-it is not a "whistleblower" at all; was only labeled that via legalistic legerdemain to avoid revealing the origin of this affair as a CIA cover-your-ass operation. Did Mr. Schiff actually think he could conceal this figure's identity in a senate impeachment trial, when it came to that — for what else is impeachment aimed at? Anonymous sources are not admissible under American due process of law. Mr. Schiff must have missed that class in law school.

All of this hocus-pocus suggests to me that there is no "whistleblower," that it is a phantom confabulation of gossip threads that unraveled the moment Mr. Trump released the transcript of his phone call to Ukraine's president Zelensky, aborting Mr. Schiff's game plan. The ensuing weeks of congressional Keystone Kops buffoonery since then appears to conceal a futile effort by Mr. Schiff and his confederates to find some fall guy willing to pretend that he-she-it is the "whistleblower." He might as well ask for a volunteer to gargle with Gillette Blue Blades on NBC's Meet the Press.

One marvels at Rep. Schiff's tactical idiocy. But just imagine the panicked consternation it must be triggering among his Democratic colleagues. Notice that Mrs. Pelosi has been hiding out during this latest phase of the action. She may sense that there is nothing left to do but allow Mr. Schiff to twist slowly slowly in the wind, as he has hung himself out to dry. She should have known better since every previous declaration of conclusive evidence by Mr. Schiff over the past three years has proved to be false, knowingly and mendaciously so.

One also clearly senses that all the smoke-and-mirrors are a desperate attempt to divert attention from a soon-to-drop DOJ Inspector General's report which, by the way, will only be an overture to much more damaging action likely to come from Mr. Barr's proceeding. After all, IG Horowitz was not allowed under the rules to compel the testimony of persons outside the Department of Justice, which would now include Andrew McCabe, James Comey, and many others at the center of the RussiaGate prank.

That also includes the probable chief pranksters, former CIA head John Brennan and James Clapper, former Director of National Intelligence, the midwives of RussiaGate. The pair have been running around on cable news with both their hair and their pants on fire in recent weeks. Back in March, before the Mueller Report flopped, and when Mr. Barr was commissioned to look into all the RussiaGate shenanigans, Mr. Brennan comically claimed that he "received bad information and suspected there was more than there actually was."