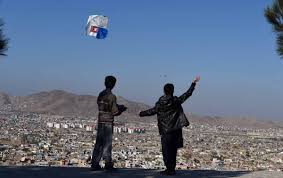 Having a war last that long has a lot of unfortunate consequences, as the US and its allies will be deploying troops who weren't even born when the war began, to fight a war with no ending in sight.

High school students in Afghanistan see their country as having no future without peace, seeing a state of non-war as a dream, but a dream that many question if they'll ever see.

UN reports have heavily documented violence committed against Afghan children throughout the war, and between the constant danger and corruption they've faced, Afghanistan's youngest generation is likely to have a long process of recovery even if a peace deal does come along.

That peace deal is looking less likely at this point, as the US and Taliban had effectively already reached a deal, only for the US to ditch the process and consider it "dead." The deal still seems to be on the table, as far as the Taliban is concerned, but whether it goes beyond that remains to be seen.