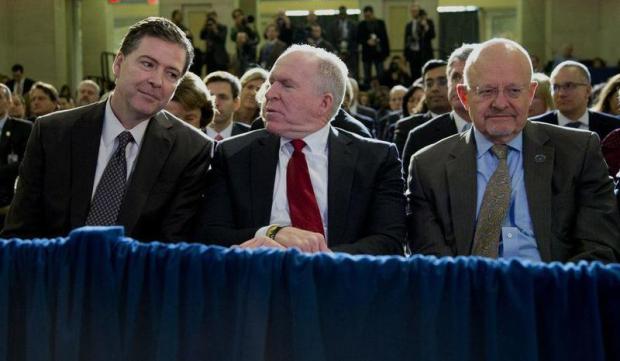 Journalist Paul Sperry noted on Wednesday that former FBI Director James Comey admitted in a 2003 interview to having voted Communist before casting his ballot for Jimmy Carter in 1980.

"In college, I was left of center," Comey told New York Magazine, and through a gradual process I found myself more comfortable with a lot of the ideas and approaches the Republicans were using." He voted for Carter in 1980, but in '84, "I voted for Reagan—I'd moved from Communist to whatever I am now. I'm not even sure how to characterize myself politically. Maybe at some point, I'll have to figure it out."

Of note, Comey's wife and four daughters were all giant Hillary Clinton supporters who wanted her to win "really badly."

Former CIA Director John Brennan, meanwhile, admitted in 2016 to voting Communist in the 1970s. When asked at the Congressional Black Caucus Foundation's annual conference whether past activism would create a barrier for diverse candidates who want to enter the intelligence community, Brennan said that he was forced to admit to voting for Communist Gus Hall for president in 1976, according to CNN.