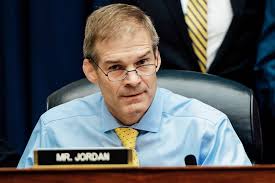 "There has been a lot of noise since Speaker Pelosi decided to call for impeachment before having the facts. Here are a few important questions:"

1. Why did the "whistleblower" write an 800+ word memo describing President Trump and President Zelensky's call based on second-hand information gleaned from a conversation that lasted just a few minutes?

2. Why did the "whistleblower" wait 18 days to file the complaint after describing the call as "frightening" in their memo?

3. Why and when did the "whistleblower" communicate with Rep Adam Schiff's staff before filing the complaint?

4. Why did the "whistleblower" hide from the ICIG that they met with Rep Adam Schiff's staff by not checking the box on the whistleblower form indicating they had spoken to Congress?

5. Why didn't Rep Adam Schiff tell us his staff had met with the "whistleblower?"

6. Why didn't the "whistleblower" just give his memo to the Inspector General, instead of a seven page complaint dressed up with extraneous citations and media references?

7. Why is Rep Adam Schiff holding hearings, depositions, and interviews behind closed doors?

8. Why won't Rep Adam Schiff release the transcripts of these interviews, instead of leaking cherry-picked information that fits his narrative?