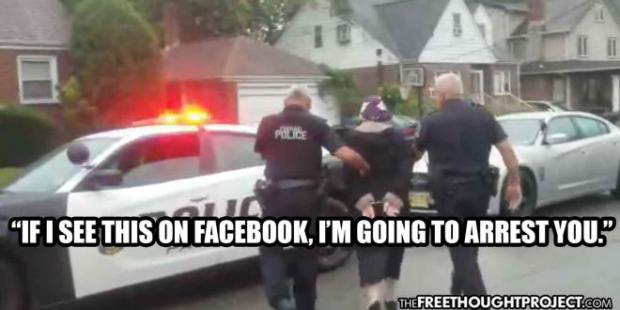 Passaic, NJ — In an ongoing dispute between EMS companies, the local police, and Orthodox Jews, a senior police officer, Juan Nieves of the Passaic Police Department, threatened to arrest a man for filming him as he arrested the man's mother for obstruction of justice.

As TFTP has reported, police will target and arrest people with "obstruction" when they cannot arrest them for actually breaking the law. We've reported police can and do arrest people for asking questions, filming them, or even being in the wrong place when the officers lose their cool.

If I see this on Facebook and all that…I'm gonna charge you," the officer is heard on the video ( above ). "You're not allowed to record my image.

The incident occurred when tow trucks arrived at the home of David B. Kaplan, the director of Hatzolah EMS of North Jersey, a volunteer EMS service. Kaplan, a rabbi, apparently has beef with another rabbi who has his own EMS service, the two companies competing for business.