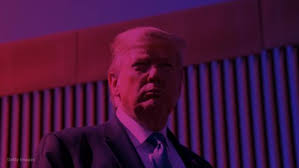 In December 2016, just a few weeks before moving into the White House, President-elect Donald Trump tweeted that once he was in office, "billions of dollars can and will be saved on military (and other) purchases."

Presidential candidates often campaign for or against defense spending, but Trump was perhaps the first to promise that his business acumen — an image bolstered by his bestselling book "The Art of the Deal" — would enable him to shave billions of dollars off costly weapons, like the F-35 Joint Strike Fighter, estimated to top $1 trillion.

While Trump's critics were questioning whether he was actually capable of achieving big savings in the military budget, over at the Pentagon the man whose job it was to negotiate those weapons deals welcomed the president's attention to the issue.

"When you get somebody who is the president of the United States who understands precisely what you do for a living and understands how it's actually done, it becomes a pretty rewarding thing to do, especially when someone at the top is world-class himself in terms of negotiating," Shay Assad, the Pentagon's pricing director, told attendees at a conference held by McAleese and Credit Suisse in March 2017, just two months after Trump's inauguration.