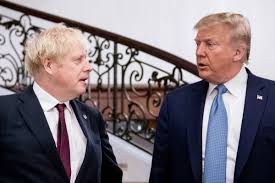 This week, two startling examples in the news coverage cast a very lurid light on this question, and I ask you to consider the curious cases of Hunter Biden and Brendan Cox, two of the most undeserving and unpleasant people that can be imagined.

The BBC news bulletins led on the move to impeach Donald Trump for, as they put it, his efforts to get the President of Ukraine to undermine a political opponent. To be plain, I think Trump was quite wrong to get personally involved in this, but please park the entire subject of Donald Trump to one side for the next ten minutes.

What I find deeply reprehensible in all the BBC coverage is their failure to report the facts of the case, and their utter lack of curiosity about why Joe Biden's son Hunter was paid $60,000 a month by Burisma, Ukraine's largest natural gas producer, as an entirely absent non-executive director, when he had no relevant experience in Ukraine or gas, and very little business experience, having just been dishonorably discharged from the Navy Reserve for use of crack cocaine? Is that question not just little bit interesting? That may be the thin end of it – in 2014-15 Hunter Biden received US $850,000 from the intermediary company channeling the payments. In reporting on Trump being potentially impeached for asking about it, might you not expect some analysis – or at least mention – of what he was asking about?