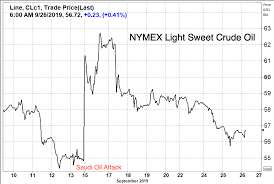 The global shipping industry was thrown a curveball on Wednesday when the U.S. imposed fresh sanctions on Chinese entities and people who it accuses of deliberately purchasing oil from Iran in violation of Washington's sanctions against Tehran, Bloomberg reported.

The U.S. Treasury Department announced new sanctions on five Chinese nationals and six entities, including a unit of COSCO Shipping Corp., who were knowingly violating restrictions on purchasing Iranian petroleum.

"And we are telling China, and all nations: know that we will sanction every violation," Pompeo said at a conference on the sidelines of the U.N. General Assembly in NYC.

Bloomberg spoke with oil traders who canceled bookings with sanctioned entities and let provisional charters lapse as they wanted to avoid being caught up in the fight between Washington and Tehran. 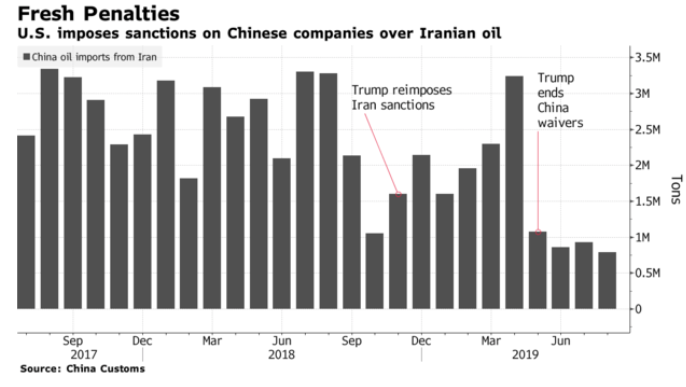 Oil traders are concerned about the cargoes that have already been loaded on vessels and don't know if they have to transfer loads to unsanctioned tankers. It's a chaotic mess, traders said.

"The sanctions this time are more direct and will have an immediate effect on anyone chartering sanctioned tonnage," said John Driscoll, chief strategist at JTD Energy Service Pte. "These latest moves are likely to add more inconvenience and result in higher costs. Anyone time-chartering tonnage from a sanctioned owner better have a Plan B."

Recent missile and drone attacks on Saudi Aramco oil facilities in Saudi Arabia, mostly blamed on Iran, have boosted oil prices, and driven up concerns about a regional war. Iran has since denied responsibility.

"The more Iran lashes out, the greater our pressure will and should be," Pompeo said. "That path forward begins now with two new actions."