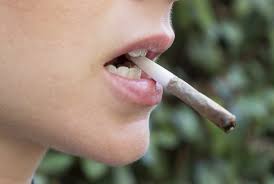 There's an individual called 'Nobody' competing to be the next mayor of Keene, the libertarian enclave and crypto mecca located in New Hampshire. On September 21, the bitcoin cash-accepting mayoral candidate announced the 10th anniversary of the annual 420 Rally will be held this weekend on September 28. 'Nobody' and the event's organizers are hoping to see some civil disobedience during the annual pot rally at Central Square.

Nobody Plans for Civil Disobedience at the Keene Cannabis Rally

On Saturday, September 28, the mayoral candidate named Nobody has announced the 10th anniversary 420 Rally will be held at 4:20 p.m. EDT. The candidate is a libertarian activist who formerly went by the surname Rich Paul but legally changed his name to Nobody. The Keene campaigner asserts that if he is elected he will "reduce the size and scope of government" as much as he possibly can.

If Nobody gets elected he's told the public that he will attempt to end the war on drugs and laws against prostitution. In addition to his staunch libertarian stance, Nobody accepts cryptocurrencies for donations. Currently, Nobody accepts cryptocurrencies like bitcoin cash (BCH), BTC, DASH, and XLM. The candidate's website explains why people should vote for Nobody to be Keene's next mayor:

My Talk at Porcfest

Mail-to-Jail May Be Dead, But Activism Is Alive & Well In New Hampshire: Writing To Caged Activists