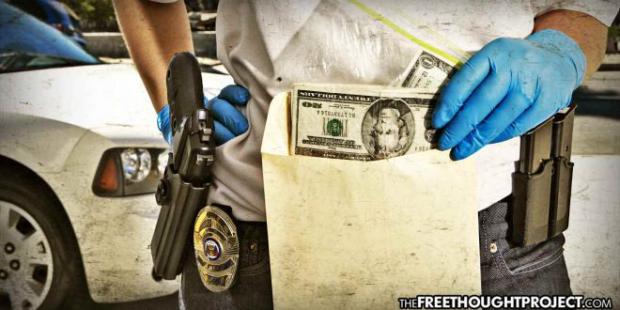 The ninth circuit court of appeals has upheld a ruling which declared police can constitutionally steal your possessions. Called "civil asset forfeiture," the police are under no obligation to give the property back to you. Instead, police departments will steal your stuff, hold it in storage (accruing fees in most cases), and then sell your stuff to the highest bidder.

Eh Wah, 40, a refugee from Burma, who became a US citizen more than a decade ago, was traveling with the cash to deliver it to the intended recipients when he was targeted by modern day, state-sanctioned pirates — for a broken tail light.

Eh Wah had been entrusted with the money by the members of his Christian band who had been on a 19-city tour raising funds for the Dr. T. Thanbyah Christian Institute, a religious liberal arts college in Burma serving the Karen community there. And, they had also collected funds for the Hsa Thoo Lei orphanage in Thailand, which serves internally displaced Karen people.

MTA To Start Issuing $50 Fines To Riders Not Wearing Masks

Is an Interstate Travel Mandate Coming Soon For the Unvaccinated?

Report: Locked Down Australians' Alcohol Intake Monitored And Restricted By The State

THEY WILL REAP WHAT THEY SOWED

Authoritarianism Pandemic Is the Real Threat