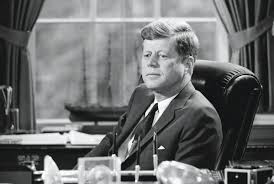 Here is a several years old documentary of 35 minutes summarizing the powerful evidence that the Warran Commission Report on the assassination of President John F. Kennedy is a cover-up.  https://www.youtube.com/watch?v=W-l23ec-4mc

All available evidence points to the CIA and the US Joint Chiefs of Staff, with the cooperation of the Secret Service, as the murderers of President Kennedy.  Fifty-six years after the murder of President Kennedy, the US government still refuses to release the documents that would prove what really happened.  Clearly, the truth is being hidden.

As James Jesus Angleton, the head of CIA Counterintelligence told me, when the CIA does a black ops operation, it has a cover story ready that is immediately fed into the media.  In this way the CIA controls the explanation.  As years pass and the cover story wears thin, the agency releases some actual factual information but mixes it with other insinuations that direct focus off into red herrings.  This documentary video, which is very revealing for the most part, shows indications of this manipulation.  One is the insinuation that Jack Ruby, who killed Oswald inside the Dallas jail, had mafia ties and that the mafia might have been involved.  Of course, if the mafia had done it, there would be no reason to keep it secret, much less go to such extensive effort to cover it up.  The other is the insinuation that Vice President Lyndon Johnson arranged the murder so that he could become president.  This is farfetched, but many believe it.  A vice president has no control over the Secret Service, CIA, or military.  A vice president who tried to organize such a coup would be arrested. If the CIA and Joint Chiefs want to kill the president, they don't need the vice president.