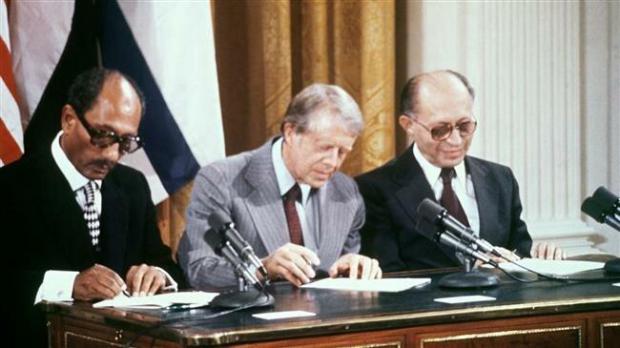 The report strongly suggests the administration was worried about Carter's reelection should the Israeli test be revealed, and also about negative impact on the Israel-Egypt peace treaty, only a year old at the time. The FP report begins dramatically:

Shortly before sunrise on Sept. 22, 1979, a U.S. surveillance satellite known as Vela 6911 recorded an unusual double flash as it orbited the earth above the South Atlantic. At Patrick Air Force Base in Florida, where it was still nighttime on Sept. 21, the staff in charge of monitoring the satellite's transmissions saw the unmistakable pattern produced by a nuclear explosion — something U.S. satellites had detected on dozens of previous occasions in the wake of nuclear tests. The Air Force base issued an alert overnight, and President Jimmy Carter quickly called a meeting in the White House Situation Room the next day.

Carter wrote in his diary of the September 22, 1979 event: "There was an indication of a nuclear explosion in the region of South Africa – either South Africa, Israel using a ship at sea, or nothing," according to the report.

Problem was that under the 1977 Glenn Amendment to the Arms Export Control Act, the United States would have to cease all arms assistance to any nation not a signatory to the Nuclear Non-Proliferation Treaty should they conduct a nuclear test.