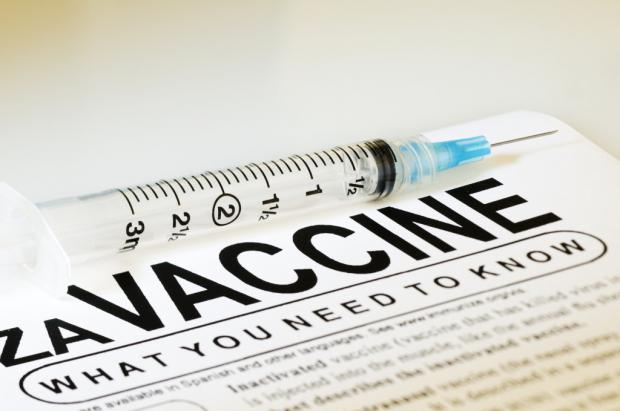 The Yellow Sheet Report, a subscription-based political tipsheet, first reported on Monday that Douglas was scheduled to speak on Saturday, September 28, at the "Vaccine Education Summit," a conference at Phoenix's Sheraton Crescent Hotel designed for immunization skeptics.

The summit's lineup is peppered with all manner of characters in the anti-vaccine movement. They range from Judy Mikovits, whose study linking chronic fatigue syndrome to a mouse retrovirus was famously retracted, to Del Bigtree, whose documentary Vaxxed was booted from the Tribeca Film Festival after being roundly criticized by scientists. There's also Jonathan Lockwood — the executive director of the anti-vaccine Conscience Coalition — whose political comments the Denver Post editorial board once called "flat-out deranged."

Ernest Hancock, a libertarian activist and founder of news-and-conspiracy website Freedom's Phoenix, is co-sponsoring the event along with the Arizona Coalition for Medical Freedom. He says the $100-a-head conference will "educate" the public about vaccines with the goal of keeping the government out of vaccination decisions.

That message is in line with Douglas's past political opinions: The Republican wrote a dramatic op-ed in May that called mandatory vaccines a "slippery slope" toward the likes of Hitler's Germany.

But it rails against the research that's widely accepted by the vast majority of the nation's scientists, doctors, and public health professionals, which shows vaccines are safe, thoroughly tested, and instrumental in keeping diseases at bay that once decimated our population.

Around 140 attendees are expected at the conference. Hancock said he knows the message he's putting forth diverges from recommendations by the Centers for Disease Control and Prevention and other research organizations, but he welcomes the debate.

"I need them to oppose," Hancock said. "There will be opposition. But that's how I operate."

But experts say the misinformation about vaccines that's often spread by people like Hancock is one reason why Maricopa County was identified earlier this year as a "hot spot" for a potential measles outbreak.