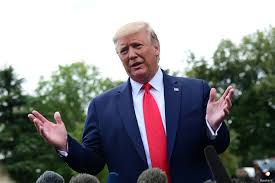 He and his like – Crystal, Boot, Romney, and the rest of the Neocons and disloyal Israel-Firsters – are hip-deep in the blood and limbs of U.S. military personnel who became casualties in multiple unnecessary wars, none of which had anything to do with protecting American liberties and freedom. Indeed, the presidents who orchestrated and prolonged the wars constricted both, and also waged war against the Bill of Rights. On booting Bolton, Mr. President, well done.

Now for Afghanistan. Sir, for a guy like me, from Buffalo, New York, it is an odd but true fact that I have spent most of the past four decades working, from one angle or another, on wars in Afghanistan. I cannot say that I loved this work all the time – the best of times were when we helped drive the Red Army out of Afghanistan – but it has been pretty consistently fascinating. Moreover, it is the easiest to understand and solve foreign-policy problem that has ever confronted the United States.