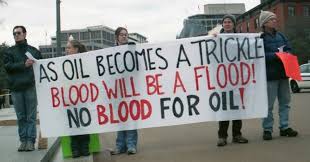 For one thing, such a decision would not serve US national interests; it would be based on Saudi oil supplies and oil prices – a war for oil, pure and simple.

Second, the attack would be a logical (some would say, predictable) retaliation for many months of US-supported Saudi air attacks on the Yemeni rebels that have caused tens of thousands of deaths, widespread malnutrition, and a health crisis – crimes against humanity according to many observers.

Third, the very idea that the US should go to war in support of a criminal Saudi regime is outrageous. The government of Crown Prince Mohammad bin Salman is responsible for the murder of the journalist Jamal Khashoggi, the coddling of the 9/11 terrorists, and consistent violations of the human rights of Saudi women and political opponents.

Fourth, the full backdrop to this war threat must include Trump's withdrawal from the nuclear deal with Iran and the ensuing Bolton-Pompeo strategy of "maximum pressure" on Iran designed to provoke regime change.