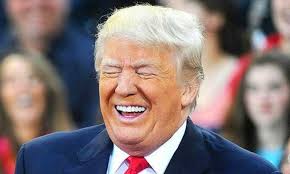 Snowden called on French President and former Rothschild banker Emmanuel Macron to grant him political asylum from the United States, after he's been living in Russia since the 2013 bombshell leaks were released, having first fled from Hong Kong.

"He asked for asylum in France, but also elsewhere, in 2013. At that time, France thought that it was not appropriate, I do not see anything that has changed Thursday, either from a political or a legal point of view," French Foreign Minister Jean-Yves Le Drian told French TV station CNews on Thursday.

Paris is skittish over the whole issue due to US pressure and what such a move would do to its close relationship with Washington.

"An adviser to French President Emmanuel Macron hinted earlier this week that welcoming Snowden to France would lead to a major diplomatic fallout with the U.S.," Politico Europe reported.

The whistleblower, who this week published his memoir, has escaped US prosecution as a guest of Putin's Russia. He previously said he would "love to see" Macron allow him to live in France. Snowden made a first asylum appeal to France in 2013, which was rejected, and another last week.