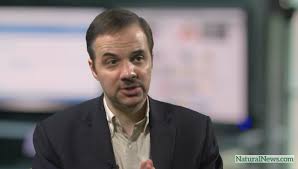 In the aftermath of the most dramatic attack on Saudi oil facilities that we have ever seen, the price of oil has exploded higher.  The Wall Street Journal is calling this attack "the Big One", and President Trump appears to be indicating that some sort of military retaliation is coming.  Needless to say, a direct military strike on Iran could spark a major war in the Middle East, and that would be absolutely devastating for the entire global economy.  Just about everything that we buy has to be moved, and moving stuff takes energy.  When the price of oil gets really high, that tends to create inflation because the price of oil is a factor in virtually everything that we buy.In addition, a really high price for oil also tends to slow down economic activity, and this is something that we witnessed just prior to the financial crisis of 2008.  And if this crisis in the Middle East stretches over an extended period of time, it could ultimately result in a phenomenon known as "stagflation" where we have rapidly rising prices and weaker economic activity simultaneously.  The last time we experienced such a thing was in the 1970s, and nobody really remembers the U.S. economy of the 1970s favorably.

The damage caused by the "drone attacks" in Saudi Arabia was immense.  According to the Daily Mail, "huge plumes of black smoke" could be seen pouring out of a key Saudi oil facility…

Infernos raged at the plant in Abqaiq, Bugayg, and the country's second largest oilfield in Khurais yesterday morning after Tehran-backed Houthi rebels in Yemen fired a flurry of rockets.

Huge plumes of black smoke could be seen coming from the oil facility.

Houthi rebels in Yemen have publicly taken responsibility for the attacks, but they may or may not be telling the truth.

At this point, U.S. Secretary of State Mike Pompeo is completely rejecting that explanation, and he is claiming that there is "no evidence the strikes had come from Yemen"…

Secretary of State Mike Pompeo blamed Iran for coordinated strikes on the heart of Saudi Arabia's oil industry, saying they marked an unprecedented attack on the world's energy supply.