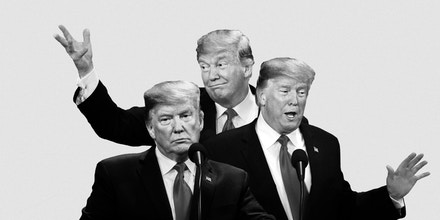 In 2015 Saudi Arabia attacked its neighbor, Yemen, because a coup in that country ousted the Saudi-backed dictator. Four years later Yemen is in ruins, with nearly 100,000 Yemenis killed and millions more facing death by starvation. It has been rightly called the worst humanitarian catastrophe on the planet.

But rich and powerful Saudi Arabia did not defeat Yemen. In fact, the Saudis last month asked the Trump Administration to help facilitate talks with the Houthis in hopes that the war, which has cost Saudi Arabia tens of billions of dollars, could finally end without Saudi crown prince Mohammad bin Salman losing too much face. Washington admitted earlier this month that those talks had begun.

The surprise Houthi attack on Saturday disrupted half of Saudi Arabia's oil and gas production and shocked Washington. Predictably, however, the neocons are using the attack to call for war with Iran!

Sen. Lindsay Graham, one of the few people in Washington who makes John Bolton look like a dove, Tweeted yesterday that, "It is now time for the US to put on the table an attack on Iranian oil refineries…" Graham is the perfect embodiment of the saying, "when all you have is a hammer, everything looks like a nail." No matter what the problem, for Graham the solution is war.

Likewise, Secretary of State Mike Pompeo – who is supposed to represent US diplomacy – jumped to blame Iran for the attack on Saudi Arabia, Tweeting that, "Iran has now launched an unprecedented attack on the world's energy supply." Of course, he provided no evidence even as the Houthis themselves took responsibility for the bombing.

What is remarkable is that all of Washington's warmongers are ready for war over what is actually a retaliatory strike by a country that is the victim of Saudi aggression, not the aggressor itself. Yemen did not attack Saudi Arabia in 2015. It was the other way around. If you start a war and the other country fights back, you should not be entitled to complain about how unfair the whole thing is.